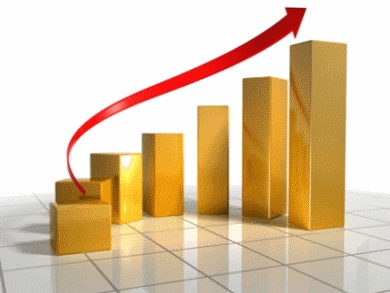 We have all got our share of problems. And, yes, it’s a lot easier to avoid our problems than it is to attack them head on. But the truth is, big problems offer big opportunities.

Problems – Who needs them? WE NEED THEM! Why? Because problems are where the profits are!

Every business owner needs to understand this in order to profit from the problems that arise daily. Look for Problems – Then Offer a Solution. Simply stated, as business, either we solve people’s problems and make money or we don’t stay in business.

Did you ever stop to think why people go to work even though most people hate going to work anyway?

My guess would be to make money to be able to pay the bills. We all need money to pay the bills – the problems. After we solve the basic problem of food, shelter, and safety, we start looking around for other things that also need care. We spend money to mow the yard. We spend money on grooming the pets etc. When we think about it, that’s all the economy is – people paying for products and services that solve their problems.

It stands to reason that the bigger the problem, the bigger the opportunity. So the question naturally is, what are some of the biggest problems people face today in this economy?

Some of the major ones would be:

Truth is, most people are facing these problems- too little time and too little money and then fear of losing the job combined with inflation. As Robert Kiyosaki, the author of the best-selling personal finance book, “Rich Dad Poor Dad” says, the system has failed.

But the attorney knows otherwise. Here is why. In order to earn his $100,000, the attorney has to work at least 50 hours per week – and 70-hour weeks are the norm when one of his cases moves to trial.

What are some of the problems our high-paid attorney has, and what causes those problems?

Well, this gentleman has two primary problems in his life. First, he has a lack of time. He is in the office for about 10 hours a day. So, he has little time to do all the things that he needs to do to keep his life in balance. He seldom watches his kids’ baseball games. His wife is angry most of the time because he’s seldom home. By the time he gets home, he’s so tired and stressed out that all he wants to do is park in front of the TV and vegetate. Which leaves the kids and the wife feeling even more neglected.

His second big problem is money. He doesn’t have enough of it! He earns $100’000 a year, but after taxes, his TAKE HOME PAY is $5,800 a month. Which means after paying the mortgage on a $250,000 home…car payments on two late-model cars…and tuition for three kids in private school, well, there is nothing left at the end of the month. He badgers his kids to make good grades so they’ll get college scholarships because there’s no money set aside for college. To complicate matters, he’s terrified that the money will stop coming in if he got sick or lost his job.

This is the story of most high income earning professionals. I can definitely vouch this for IT professionals who absolutely have “no life” in their own words for the amount of money they make.

So again, what does this all mean to you ?

What do you think is the solution to these problems? How can help solve these problems for ourselves and others? I would be curious to know what you think.